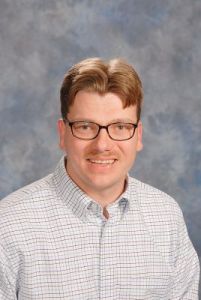 I recently had the opportunity to talk with Rev. Brian Oliver who serves Christ United Methodist Church in Toledo, IA as well as Living Faith UMC which has two campuses, one in Tama and one in Montour. He called me because he was looking for some resources, answers, and support for the work he has been doing in trying to keep the Iowa Juvenile Home in Toledo, IA open.

Though, to say that it is work he has been doing is misleading. It is work which a large number of people in Tama County have been doing. The facebook group KEEP IJH OPEN has 9,100 members and that is just the online support community, and does not necessarily reflect the number of people in Toledo and Tama who are involved. When I talked with Rev. Oliver, he lifted up the large-scale support this effort has in Tama County.

I asked him about his churches, and he jumped right back. “They support this 100%.  IJH is not a house of horrors. Tama/Toledo are not child abusers. I do not know whether the rest of the state is seeing through the smoke screen. “

He said of his churches and his communities that

. . . they love these kids.We have hundreds of stories from people who have come through the Iowa Juvenile Home.  How their lives were transformed.  How they never would have made it without the services offered there.

As he talked to me, it became clear that he was in the middle of grass roots organized community activism. He described the bipartisan support of legislators Senator Jack Hatch, Senator Steve Sodders, Representative Mark Smith, and Representative Pat Murphy. He talked about the effort to gather names and stories from former residents at IJH. His voice gained energy and volume as he described the letter writing and petition signing campaign that has been waged, and he grew passionate as he shared that

People talk like this is just Tama County whining about losing income, but it is more than that. The IJH is a place of last resort for ‘the female delinquent’ to use the language of the system. These girls, and some young men, have not been successful elsewhere, and they say they are going to place these girls . . but many of them are going back to the places the came from, and they won’t have the support . . . We know these children. We love these children. Our schools and organizations, our volunteers. They know how to work with the problems and issues they have.

Rev. Oliver also shared concern for the reasons that the State of Iowa has chosen to close the Iowa Juvenile Home. Those activated around this issue believe that Governor Branstad targeted IJH for closure and used sensationalized media coverage of isolated problems to blacken the name of the home and to indict the people who work there.  There is concern that money and the interests of private service providers are winning out over what Heath Kellogg ,Tama County Economic Development Executive Director, calls

“fundamental spiritual things like caring and respecting people . . . qualities of love and trust, which together create the freedom for us to make the right decisions, to connect with others, to challenge and to innovate. “(1)

In my role as Social Justice and Mission LDM,  I have been asked to highlight the ministries of mission and justice with which our local churches are engaging.  Speaking with Rev. Oliver, I was energized and excited to hear his engagement with this issue and the support he has received from his churches. He was almost incapable of articulating the depth of meaning, and the richness of cost that this effort has asked of him.  I could hear conviction and surprise mingled in his voice as he talked about the meetings, the actions, the education, the conversations, and the coming together that this effort to keep the Iowa Juvenile Home open has created.  There was no separation of church from town, from the members of the UMC’s and the people of Tama County.

At one point he said to me, “I imagine that if you and I sat down and had coffee together, we would not agree on a lot of things, but this isn’t a political thing, its about people.”

* As of the writing of this post, a lawsuit has been filed with the hope of stalling the scheduled closing of the IJH on January 16

I am a lifelong musician with 20+years teaching and performing. I build up students, their love of music, and music in service to the wider community. I love opera, 4-part unaccompanied singing, my partner, dogs, and weekend fishing trips. View all posts by csdmcroberts

2 thoughts on “Toledo, Tama and Montour”